Asus's gaming smartphone ROG Phone 2 is becoming the first choice of gamers. The biggest reason for this is the strong processor given in it. The phone comes with many advanced features that make the gaming experience extremely powerful. 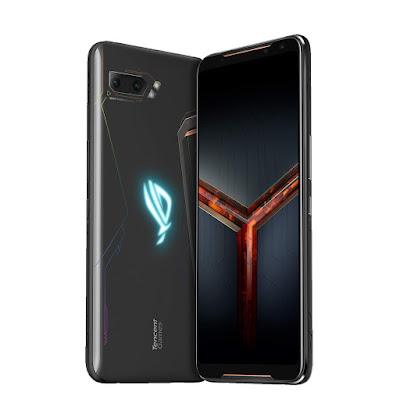 The craze of online gaming has increased significantly. Games like PUBG, Asphalt 9, Call of Duty are attracting users a lot these days. The best experience of these games with heavy graphics can only be taken on a powerful gaming smartphone. To make this experience of gamers awesome, Taiwanese tech company ASUS recently launched its new gaming smartphone ROG Phone 2 in India. The company has made many big claims regarding the phone, and to know the truth of this, we used the top-end variant of this phone for 1 month and tried to know why it is different and special from other flagship smartphones.

ASUS has done a lot of work on the design of ROG Phone 2. In the crowd of smartphones, this phone looks completely different due to its luxurious and premium look. While all phones today look alike, the RGB lighting in the back panel of ROG Phone 2 makes it extremely special. The camera unit on the back panel of the phone also greatly enhances its look.

The phone's display is 6.59 inches which come with an AMOLED panel, full HD + resolution and a refresh rate of 120Hz. In gaming, users get full view experience, for this, the display comes with very thin bezels. The LED notification is given on the left side of the speaker on the top of the phone. At the bottom of the phone, you will also get a 3.5mm headphone jack. There are ultrasound buttons on the side shoulder panels, which are used while playing the game.

This phone never disappointed us during gaming. Games with heavy graphics can also be played comfortably on ROG Phone 2. To give gamers a lag-free gaming experience, the company has given a powerful Snapdragon 855+ processor to it. This is the turbocharged version of Snapdragon 855, which is especially seen in smartphones with heavy usage. The phone comes with up to 12GB of RAM and UFS 3.0 with 512GB of internal storage option. 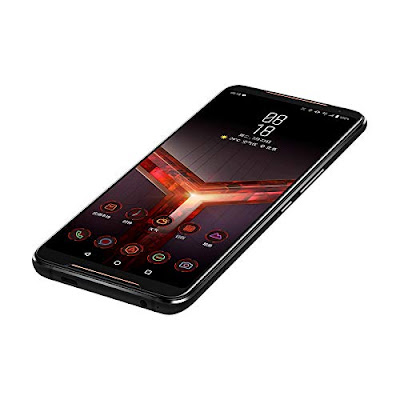 The phone has a special pressure-sensitive edge, which makes playing games like call-of-duty quite easy and exciting. The company calls them air triggers. To prevent the phone from heating up during heavy gaming, it has a special vapor chamber cooling system. This system works brilliantly and even after three hours of continuous gaming, it does not let the phone get hot. ROG Phone 2 has a special Armory Crate App where all the games can be installed and kept.

We did not worry about running out of battery during gaming on this phone. This phone not only comes with a 6000mAh battery, but its power management is also excellent. In a normal gaming condition, this phone gives one day of backup. At the same time, if a game is played continuously on it, it can run smoothly for 5 hours. To get the phone charged quickly, the company has given a 30-watt fast charger. The device that we had was fully charged in about 90 minutes.

The company has designed the phone specifically for gaming, but other features have also been tried here to keep it the best. This is the reason that dual rear camera setup has been given in Asus ROG Phone 2. The back of the phone has a 48-megapixel primary camera and a 13-megapixel secondary camera with a Sony IMX586 sensor. The rear camera captures a lot of sharp and clear photos during the day. At the same time, a clear photo can be taken from this camera at night with the Night Mode feature. The camera also has a Pro mode which makes photography much better. A 24-megapixel shooter has been given on the phone for a selfie. However, we did not get to see much new in the camera app as we have seen this camera app earlier in ASUS 6Z.

Who is the best for Asus ROG Phone 2

Asus ROG Phone 2 is without a doubt a great device for gamers, but this does not mean that this device will disappoint non-gamers. The phone has almost all the features coming in other devices of this segment. Along with gaming, fantastic photography can also be enjoyed from this phone. Another feature of the phone is the 6000Ah battery given in it. This ensures that the user does not have to charge the phone again and again. Overall, if this phone fits your budget, then there is no harm in taking it.
Asus ROG Gaming Phone 2 Asus ROG Phone 2 Mobile