What is ARP Protocol and how does it work?

- May 02, 2020
Friends, in this post today, we will know what is ARP Protocol and how does it work? The ARP-Address Resolution Protocol is a communication protocol used to search for Link-Layer Addresses, such as to locate a device's MAC address from an IP address. 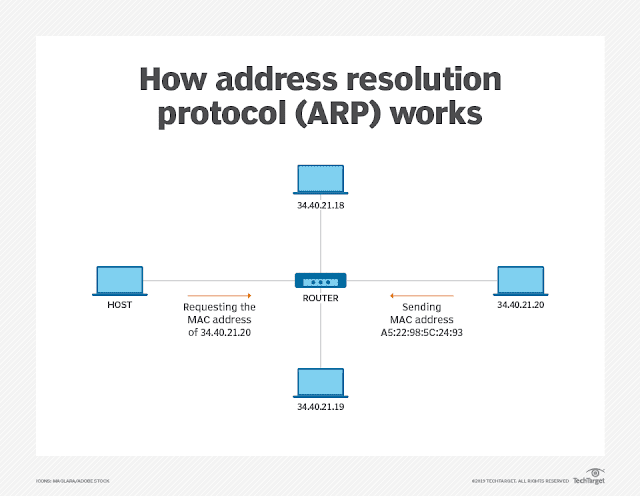 What is ARP Protocol and how does it work?


Most computer programs/applications use Logical address (IP address) to send/receive messages, although the actual communication is from Physical Address (MAC address) Layer 2 of the OSI model. Therefore our mission is to get the Destination MAC Address address which helps in communicating with other devices. This is where ARP does its work. Its functionality is to translate IP addresses into physical addresses. The ARP protocol is one of the most important protocols for the network layer in the OSI model.


What is the HDLC protocol and how does it work?

The above process continues until the second last network device en route to reaching Destination, where it becomes valid and the ARP, in turn, reacts with the Destination MAC Address.

What is Multi-Protocol Label Switching-MPLS?

Cases when ARP is used:

CASE-3: Sender is a router and retrieves data from another network host.


CASE-4: Sender is a router that has received data from one of the hosts in the same network. Use ARP to find this host’s physical address.

What is NAT-Network Address Translation?

From today's post, we learned what the ARP Protocol is and how it works? What are the important terms related to ARP and what are the cases where the ARP protocol is used.
ARP Protocol